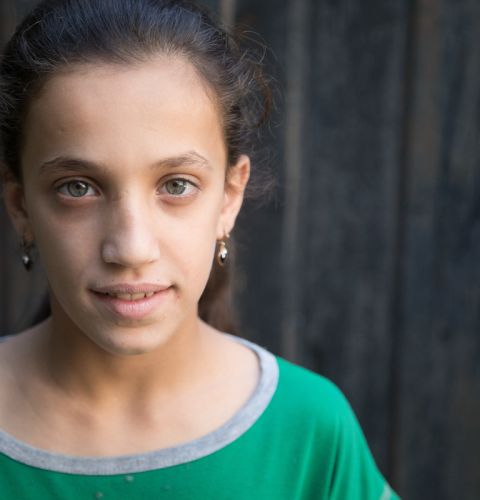 ActionAid began working in the occupied Palestinian territory (oPt) following the humanitarian crisis in Gaza in 2007.

Find out about our work in oPt providing emergency responses, training women in business skills, and providing emotional and psychosocial support.

Although the bombing has stopped in Gaza, thousands of people have lost their homes, livelihoods and loved ones.

With vital services shut, ActionAid’s local staff and partners are on the ground and reaching out to women and children living in shelters in Gaza City and Khan Younis.

Coronavirus in the occupied Palestinian territory

The occupied Palestinian territory is highly vulnerable during the coronavirus pandemic: approximately two million Palestinians live in the Gaza strip and there are 19 refugee camps in the West Bank and East Jerusalem.

As of April 2021 ActionAid has reached more than 145,000 with our life-saving projects, including the distribution of food packages and hygiene kits. We’re also reaching thousands of people with our youth-led initiative to disseminate public health messages and raise awareness about the prevention of Covid-19.

Women and girls have been hard-hit by the pandemic in the occupied Palestinian territory: there have been reports of increased levels of domestic and sexual violence. We’re offering legal and psychosocial counselling to survivors of violence, but we urgently need to reach more vulnerable people.

What is the occupied Palestinian territory?

The occupied Palestinian territory (oPt) consists of the West Bank (including East Jerusalem) and the Gaza Strip. It has been occupied by Israel since 1967.

Three wars have been fought in Gaza since 2008, leaving thousands dead and many more injured and homeless.

Why we work in Gaza

Since 2007, Gaza has been living under a blockade, meaning people and goods are prevented from freely entering and leaving Gaza by land, sea, or air. This severely limits basic necessities like food, medicine, and building materials from getting into Gaza.

The blockade makes life near impossible for the 1.8 million people who live there – 1.2 million of whom are refugees. Most people have little or no access to essential resources such as electricity, water, and sewage removal.

Half the population of Gaza is children. Many have experienced conflict for a large part of their life and are battling with severe trauma and emotional distress. And their education has been affected too: over 250 schools were damaged or destroyed in 2014 alone.

The blockade, repeated conflict, and increasing poverty has had a devastating impact on Gaza’s economy. Three out of seven people are unemployed, giving Gaza the highest unemployment rate in the world.

Why we work in the West Bank

Many Palestinians living in the West Bank are faced with little or no access to basic rights such as water, electricity, health, sanitation, education or livelihood, and are unable to build homes or infrastructure.

More than a half million Israeli settlers live in 237 "settlements" in the West Bank, including East Jerusalem, all of which are illegal under international law. 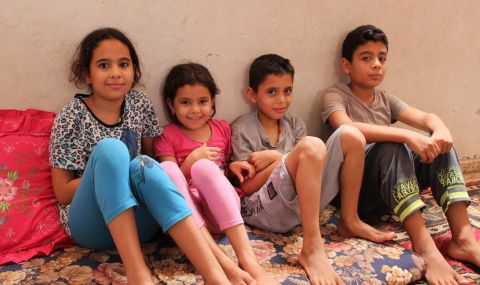 Nada, 11, her sister and two brothers in their home in Gaza. Through child sponsorship ActionAid has set up children’s clubs - providing a safe environment for Nada and her siblings to play, including emotional and extra-curricular support. Photo: ActionAid

What we do in oPt

The 2014 war on Gaza has caused thousands of children in oPt to suffer from post-traumatic stress disorder (PTSD). Years after witnessing bloodshed and destruction, many children still show signs of severe emotional distress such as bed wetting and nightmares. More than 70% of children worry about another war.

Through a partnership with Fekra Arts Institute, we give children psychosocial support in the form of a series of workshops focussed on art, drama and storytelling which help them deal with their grief.

Across oPt women have one of the highest education levels in the Middle East region, yet nearly three times more men are in paid employment. We help women to earn their own income by offering them the training and resources they need - from sewing equipment to business skills - and connect them with other women who need help so they can support one another in the long term.

As Covid-19 lockdown has restricted movement, ActionAid Palestine and our partners are reporting an increase in calls about gender-based violence in oPt.

Under the restrictions, women are being forced to stay at home and their usual support services are closed. There has been a 20% increase in calls with the highest number of calls coming from Gaza.

ActionAid Palestine and its partner organisation SAWA are providing psychosocial support for survivors of violence in Palestine.

Samah Kassab, a senior Humanitarian Programme Officer with ActionAid Palestine is working on the Covid-19 response, specifically working with women and girls who need support.

Because many of the organisations that stand up for our rights and charities that are helping us in the Gaza strip have closed, we can’t do any face to face domestic violence awareness and support workshops or sessions. These sessions are now being provided online and using phone calls and social media.

Learn more about the coronavirus crisis

From unemployment to running her own business

After years of abuse from her husband, Reda eventually divorced. As a 37-year-old single mum of five children, Reda was really already struggling to survive. The 2014 war in Gaza made things even worse. ActionAid gave her a sewing machine, cloth and thread to start an embroidery business – and it’s been a roaring success.

“The project gave me a glimmer of hope and it’s helped me be resilient,” Reda said. “Before I had nothing, but now I can feed my children. I have a bank account and I am saving money for the future."

"Now I’ve gone into business with another woman," Reda continued. "I am so happy to help another woman to start her dream. I’d like to send a big thank you to everyone who supported and encouraged us."

Reda using her sewing machine given to her by ActionAid to help her earn a living, in occupied Palestinian territory

Children recovering from the trauma of war

Hala lives in a refugee camp, on the north-west coast of Gaza. She saw her cousins killed as they played on a local beach, and the trauma had stayed with her ever since. Insomnia, anxiety, aggression and depression have plagued her life.

Thanks to a local partnership, Hala was given psychological support though attending workshops where art, drama and storytelling help children deal with their grief. After 10 intensive sessions Hala's distress and anxiety subsided.

With much support and encouragement from her teachers and new friends, Hala started to draw and paint with enthusiasm. "We saw her beautiful smile. Hope appeared in her eyes," her social worker told us. Hala explained: "I remember what the teachers told me about leaving behind my fear and shyness. I became stronger and told the story of my cousins."