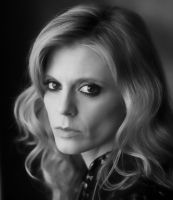 ActionAid ambassador, actress Emilia Fox travelled to Ethiopia, where over a quarter of the population live below the poverty line. Her diary highlights how helping women and children in extreme poverty helps to change their lives. 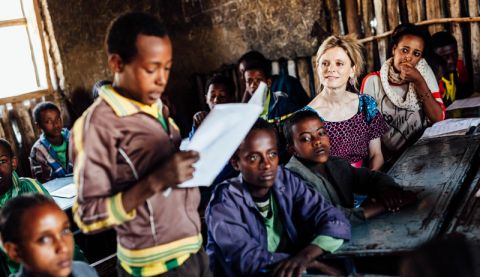 I visited Annaso school, where the classrooms are small rooms made of mud and straw with few desks or benches to sit on. Sometimes the rooms have to hold 60-100 children.

This is one of seven schools being supported by ActionAid in Ethiopia. 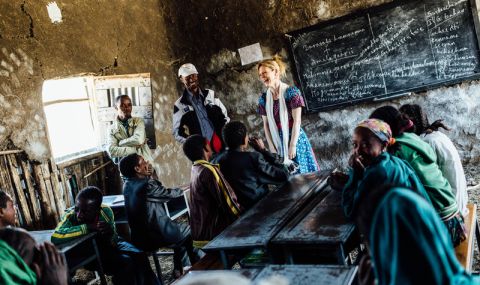 I met 12-year-old Chuchu who wasn’t attending school. She had been going but had got sick and missed her exams. Now she is been helping to look after her home and family. She was looking forward to going to the new school next term, as it was clear she longed for an education and to be with her friends again. 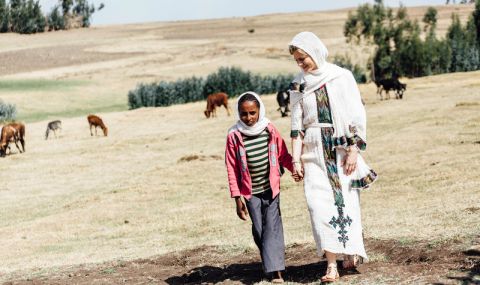 Emilia with Chuchu, aged 12. Chuchu had to drop out of school after she became ill when she was in Grade 6. Photo: Greg Funnell/ActionAid

I wanted to go to the loo - two holes in the ground in a corrugated hut open for anyone to see. A lot of the girls felt embarrassed about using the mixed loo so many of them didn't attend school particularly when they were menstruating. It’s estimated that one in 10  girls in Africa will miss school when they are on their period. The new school will have separate lavatory facilities for boys and girls which will ensure privacy and hygiene. 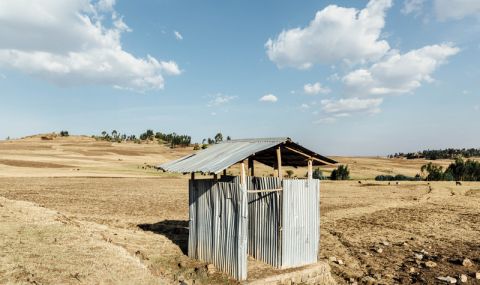 The toilet facilities at Annaso school, Ethiopia. Currently the toilets aren't segregated and have no running water. Photo: Greg Funnell/ActionAid

ActionAid supports Women’s Watch Groups - at one of them I met three women, including Asegedech, 17, who successfully defied her father when he tried to marry her off when she was only 13 years old. She wanted an education and said she would report him to the law if he forced her to get married. She wants to be a lawyer in America. I hope she will be. She won her first case after all. 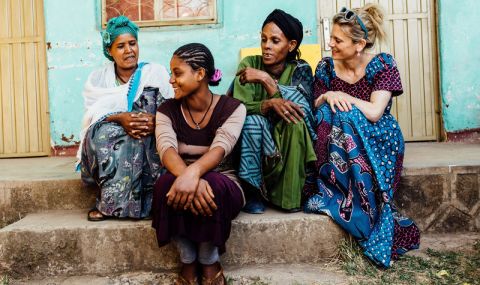 These women showed true dedication to the welfare of other ‎women. I nearly cried when they said I was a mother of Ethiopia. I am totally humbled by their inspiring attitude to life.

I met Gete Haile, the Chairperson of the Savings and Credit Cooperative who had been supported by ActionAid. Gete was given a loan to buy two cows, money for seeds and entrepreneurship training. She now has six cows that produce 35 litres of milk a day. Clever saving, investing and producing allowed her to look after her 12 children and run the cooperative, which now astonishingly has funds of around 300,000 birr (over £9,000) saved. Find out how ActionAid are helping women run their own small businesses. 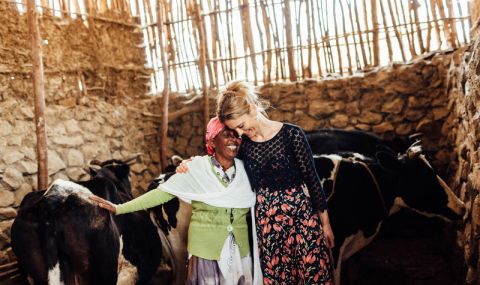 There were so many lessons to be learnt from this unforgettable trip, but what it has shown me most of all is the work, productivitiy and success that ActionAid enables by helping women and girls to improve their lives for themselves and their families. This is no quick foreign fix - this is helping them to help themselves and consequently future generations.

Please support our work to empower women and girls