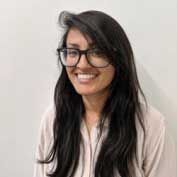 Education is empowering. That’s why, this International Day of Education, we’re championing every girl’s right to education. Find out why so many girls don’t get to go to school - and the incredible benefits of giving girls the opportunity to study. 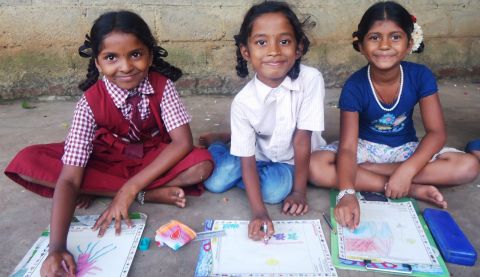 Their rights, voices and needs often get overlooked. They compete for space in international laws and global policies, and often get lost between women’s rights and children’s rights.

That's why, this International Day of Education, we're celebrating the incredible power of girls everywhere! Find out why girls' education is so important - and why we're championing the amazing benefits of helping girls to get an education.

The failure to fully appreciate the unique obstacles that girls face, and the special approach required to address their needs, is why we recognise and celebrate International Days such as International Day of Education on January 24th, and Day of the Girl on October 11th every year.

International Day of Education and the right to an education

At ActionAid we champion girls' right to education.

Education is a key right and plays an integral role in reducing poverty and improving the lives of children. The UN Convention on the Rights of the child emphasises childrens' right to education in Articles 28 and 29.1

Today we celebrate all girls’ right to access equal educational opportunities and explore what happens when girls get to go to school.

How many girls are not in school?

All over the world, girls are more likely than boys to never go to school.

More than 130 million girls (between the ages of 6 and 17) around the world have never set foot in a classroom.2

Of these, 15 million girls of primary-school age - over half of them in sub-Saharan Africa - will never get to learn to read or write.3

These are staggering numbers. And yet they don’t paint a full picture.

These figures don’t include the millions of refugee and displaced girls around the world. Currently, there are over 31 million children who have been uprooted from their homes due to conflict or violence. This number increases when you include those displaced because of natural hazards.4 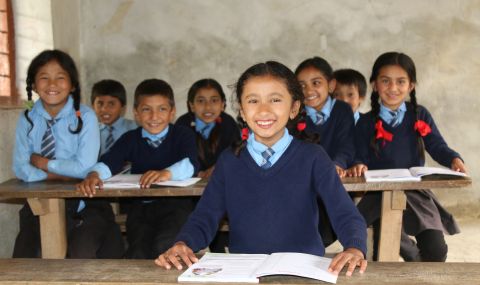 So, why are girls less likely to go to school than boys?

Many girls around the world bear the weight of deeply entrenched familial and cultural expectations, which are tethered to their gender and age from the day they are born.

This complex dynamic is the result of a cocktail of cultural and socio-economic factors, including: the perceived value of girls, poverty, harmful cultural practices like child marriage, and situations like conflict.

The value of girls

One of the reasons girls are kept out of school in some parts of the world is simply because they are girls - they are not valued as much as boys. While providing boys with an education is considered a good investment, backing girls' access to education is seen by some people as a waste of time and money, and less valuable.

Poverty, child marriage, safety at school and other factors that force girls out of school have a reciprocal relationship with the perceived value of girls.

Many families in impoverished parts of the world fear for their children's safety, particularly for their girls travelling alone - where there may risk of abduction or harassment.

Schools may be located in remote areas and girls have to travel long distances, sometimes in the dark, to get to their classrooms.

Some families are unwilling to let their daughters and sisters go to school to avoid risks of intimidation, abduction, solicitation, and violence against them.

The numbers are telling.

Recent research in India found that 50% of schoolgirls surveyed were sexually harassed on the way to school and 32% have experienced stalking.5

In the Upper West Region of Ghana, more than 50 girls a year are being violently abducted on their way to school to be forced into child marriage.

And in Haiti, a recent report showed that 27% of girls reported that schools were the most common location for solicitation.6

Around the world, 12 million girls are married before their 18th birthday every year, and 1 in 5 girls becomes a mother before that age.7

Girls who get married before the age of 18 are more likely to drop out of school and finish fewer years of school than girls who marry later. Research shows ending child marriage would increase girls' educational attainment.8

Child marriage has its cultural roots in the low value placed on girls and the desire to control women's sexuality, but one of its key drivers is poverty.

Many of the regions where girls don't go to schools are already impoverished.

Even adjusting for little to no school fees in many areas, ancillary costs like transport, books and uniforms can be too high for families living on the bread line.

But there are also indirect costs associated with education such as the opportunity cost of potential income that comes from child labour.

Families struggling to make ends meet might find themselves weighing up the opportunity cost of sending their girls to school against any income they might bring in, or care-taking they may be able to do whilst not going to school.

Unicef estimated that of the 600 million adolescent girls in the world, more than 90% of those living in the developing countries will be forced to dismiss school in favour of working in the informal sector in the next decade.9

Not only that, but poverty forces girls between the ages of 5 and 14 to spend 160 million more hours on housework and chores such as cooking, cleaning and care-taking than boys their age.10

In some parts of the world lack of adequate and safe sanitation facilities also prevents girls from attending school.

Having no private toilets at school can increase the risk of attacks on girls but also poses problems for girls on their periods.

In Ethiopia, 50% of girls miss between one to four days of schools per month due to menstruation.11

According to Unicef, 25 million children worldwide are missing school because of wars and conflicts across 22 countries.12

55% of them are girls and young women and they are disproportionately affected in conflict zones.13 90% more likely to be out of secondary school than their peers in countries not affected by crises.14

Girls more so than boys are kept away from school by their parents in fear of violence against their daughters, the likelihood of which increases in crisis zones.

Girls living in conflict situations usually don't know what is going to happen on a day to day basis, a lack of teachers, inadequate facilities, risk of sexual violence and insecurity in general means education is not considered a priority. 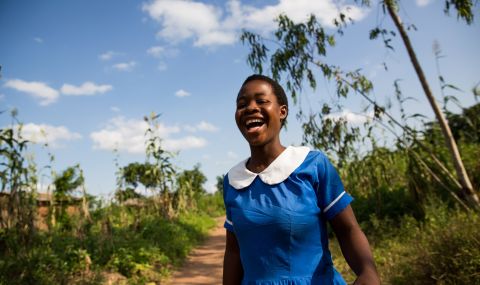 So, what difference does it make when girls go to school?

Education is not just simply about information and knowledge that help girls compete in the job market ensuring a better livelihood for themselves.

It is also about all the other things that girls inevitably are exposed to and attain when they go to school.

It’s learning essential social and emotional skills and how to relate to the world.

It is accessing the important tools to navigate the various stages of life and adapt to different situations.

It’s learning to think critically and significantly it is simply about empowerment - a power that gives them the ability to make authentic choices about their life and to have control over their future.

Notably, girls who are educated lead healthier and happier lives.

Not convinced about the difference it makes?

If girls leading healthy and fulfilled lives isn’t worthy in itself, here are several other reasons why giving girls the opportunity to go to school reaps huge rewards for everyone.

Educated girls make better parents, workers, neighbours, and citizens by raising the standard of living for their families, communities and countries.

According to the World Bank, if we increased the proportion of girls who go to secondary school by just 1% in the annual per capita income growth of a country is boosted by 0.3%.15 For example if 1% more girls in India were able to enrol in secondary school, India’s GDP would rise by $5.5 billion.16

This is not unsubstantial.

By not educating girls to the same level as boys, some countries lose more than $1 billion a year in GDP.18

A child born to a literate mother is 50% more like to survive past the age of 5. Each extra year a girl goes to school means that if and when she becomes mother she reduces the probability of infant mortality by 5% - 10%.19

If all girls went to secondary school then 12 million children would be saved from malnutrition.

Education is a tool for empowerment.

In India, a study found that there was less violence against educated women. Women with more education are more likely to resist violence than women with less schooling.21

In Burkina Faso women are 40% less likely to subject their daughters to the practice of FGM.22

It encourages political participation and involvement in public life

Educated girls are more engaged in the local and national politics. Education helps build a participatory structure that allows for democratic practices to flourish.

For example, educated Bangladeshi women are three times as likely as illiterate women to participate in political meetings.23 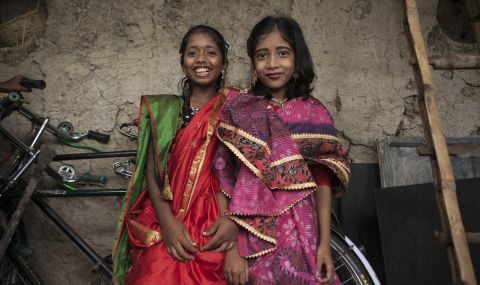 What will it take to ensure girls get an education?

As impossible and discouraging this situation may seem, there are things we can do to ensure girls get to go to and stay in school.

ActionAid works with communities to develop unique solutions to counter the negative impacts of the factors that prevent girls from going to school.

On International Day of Education, sponsor a girl to go to school

Girls have the same dreams and hopes as boys.

We believe that all children should have an equal chance to thrive. But equality for girls is still out of reach.

This International Day of Education, your support can ensure every girl gets an education - preventing child marriage, protecting them from violence, and stopping them from missing out on making genuine decisions about their lives.

Your sponsorship will make a huge difference to a girl in need – ensuring she has enough to eat, an education and hope for her future.

Sponsor a girl today and see for yourself the difference your support can make.