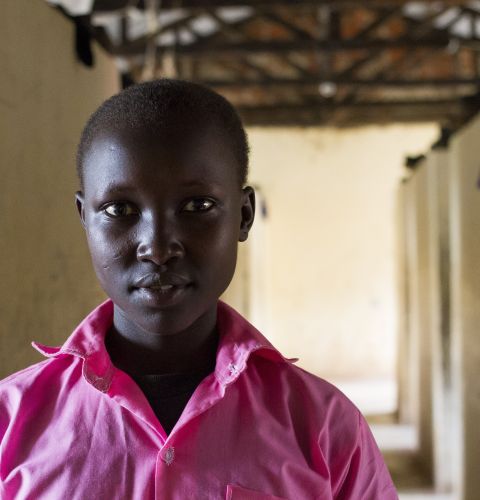 Violence against women and girls (VAWG) is one of the starkest collective failures of the international community in the 21st century, and a major violation of women’s rights and girls’ rights.

Why we work on VAWG

Violence against women and girls affects one in three women globally and is one of the most widespread abuses of human rights worldwide, in times of both conflict and peace. VAWG impoverishes individual women and girls, as well as their families, communities and countries.

VAWG is defined as any act of violence that results in, or is likely to result in, physical, sexual, mental or economic harm to women, including threats of such acts, coercion or arbitrary deprivation of liberty, whether occurring in public or in private life.

VAWG includes intimate partner violence; rape and sexual assault (including as a tactic of war); female genital mutilation; child, early or forced marriage; trafficking of women for labour or sexual exploitation; accusations of witchcraft; denial of economic resources as a means to exert control (‘economic abuse’); street or cyber harassment; and violations of sexual and reproductive health and rights, such as denial of access to safe abortion.

Eliminating VAWG is a priority for ActionAid because women in poor countries and communities are more vulnerable to its worst impacts, and have less ability to recover from its affects. Failure to end VAWG also means that progress towards all other development goals is likely to be hampered.

What's our position on violence against women and girls?

Our research focuses on the underlying causes of VAWG. We reveal current global trends and policy drivers leading to new sites and forms of violence.

In 2015 we identified priority actions for the global community to catalyse successful implementation of the newly agreed Sustainable Development Goals target on VAWG. We particularly emphasise the role of women’s rights organisations and movements in resisting VAWG, pushing for policy change, and holding governments accountable for their commitments.

ActionAid does not see VAWG in a vacuum. We see it as an extreme manifestation of gender and power imbalances, and as a lack of respect for human rights. As such, our priority areas of VAWG, women’s economic inequality and protecting women's rights in emergencies are issues which intersect and inform each other. 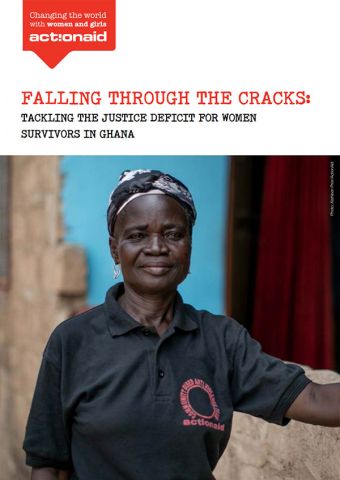 Falling through the cracks
Tackling the justice deficit for women survivors in Ghana. 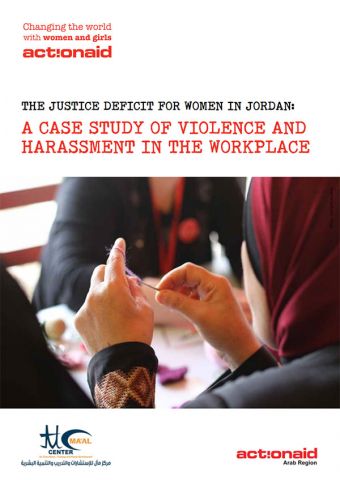 The Justice deficit for women in Jordan
A case study of violence and harassment in the workplace. 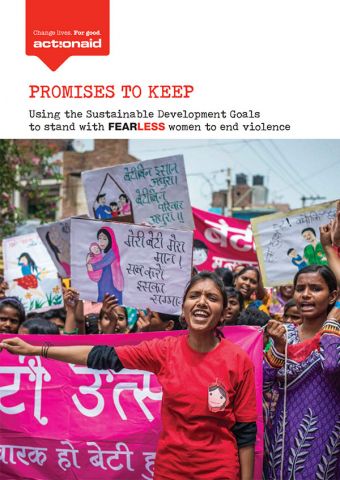 Promises to keep
A five point plan for achieving the SDG target on VAWG. 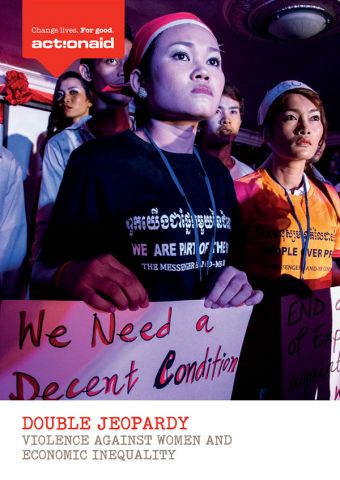 What are our findings on violence and women's rights?

An analysis of VAWG prevalence in 70 developing countries, commissioned by ActionAid, found that the more gender equal a country is, as defined by the Gender Inequality Index (GII), the lower the prevalence of violence against women.

An ActionAid survey of 47 women’s rights activists worldwide found that almost two thirds (62%) reported feeling less safe over the past two years. Of the respondents who said they felt about the same or safer, over half (56%) still reported cases or harassment or fear of harassment.

In poor countries, women in precarious forms of work are more likely to experience intimate partner violence than those in secure work.

Our recommendations to tackle violence against women and girls

In 2016, the UK government announced a £6 million fund for small and grassroots organisations fighting violence against women and girls. This was partly a response to campaigning and lobbying by civil society, including under the banner of ActionAid’s Fearless campaign.

After years of domestic violence Tiwonge Gondwe is now a women’s and girls’ rights activist, in Rumphi district, northern Malawi

Having suffered years of domestic abuse at the hands of her husband, Tiwonge, a 40-year-old farmer, found the courage to say enough is enough.

After receiving information and training in human rights from ActionAid, she realised she was a victim of violence and decided to fight for her own rights and also help other women suffering in silence.

“I was asked to chair a meeting of a women’s group," she explains. "I was all dressed up in my best clothes ready to leave when my husband came home and beat me up. So I got to the meeting very late. I looked a total mess, my face was bleeding."

“If my own rights weren’t protected, how could I stand there and chair a meeting about protecting other women?" she realised.

Tiwonge is currently the Executive Director of Chikulamayembe Women’s Forum, one of ActionAid's partners in Malawi, and has worked on over 300 domestic violence cases, helping women recover, speak out, and seek justice.

Our policy work emphasises the vital role that women’s rights organisations like Tiwonge's play in ending violence against women, and calls on governments to increase financial support for their life-saving work.

Top image: Abigail narrowly escaped FGM at the age of 13 by running away to an ActionAid supported safe house in Kenya. Ashley Hamer /ActionAid