New data reveals that nearly nine billion litres of biofuels are used annually to fuel cars in the world’s wealthiest countries. This equates to the yearly amount of food needed to feed half of the world’s 870 million people who live in hunger.

The amount of food crops burnt by richest nations as biofuels could feed half the world’s hungriest people. 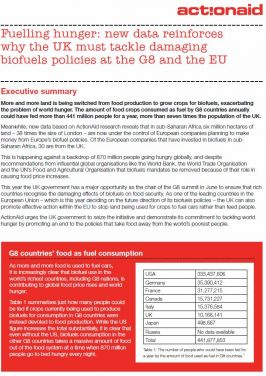