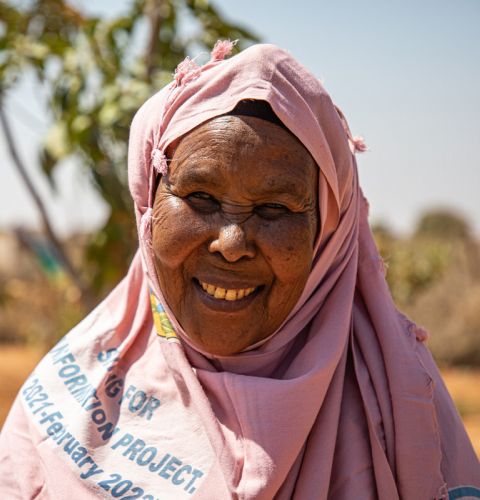 Somalia/Somaliland: the differences and issues explained

Somaliland is an autonomous region in northern Somalia, which broke away and declared independence from Somalia in 1991.

No foreign power recognises Somaliland's sovereignty, but it is self-governing with an independent government, democratic elections and a distinct history.

Somaliland statistics: at a glance

Somaliland, along with Ethiopia and Kenya in East Africa, is facing one of the worst droughts on record.

In Somalia, over 7 million people are now acutely food insecure—including 213,000 people are facing extreme hunger.1   Around 3 million livestock has also died because of the drought and water shortages.2

Women and girls in Somalia and Somaliland, who rely on farming for their livelihoods are being hardest hit by the prolonged drought. Without water and food for their livestock, they are leaving their homes in search for sustenance and shelter.

In Somaliland, ActionAid’s emergency teams are working with local partners to provide life-saving food, water, and other support. But the situation is worsening rapidly, and we urgently need to reach more people.

What’s the history of Somaliland?

Somaliland has been a distinct region from Somalia since the late 1800s. It was a British protectorate until 1960 (meaning a dependent territory, over which the British government exercised limited jurisdiction).

It then became independent for just five days.

At this point it merged with present-day Somalia, which was then under Italian rule, beginning a long and often violent struggle.

A rebel group, the Somali National Movement (SNM), emerged in Somaliland in the 1980s. In 1991 they declared Somaliland’s independence following the ousting of the military dictator Siad Barre, whose forces had killed tens of thousands of people during civil war along ethnic, clan-based lines.2

The SNM declared the city of Hargeisa as the capital of Somaliland, although it remains internationally unrecognised to this day.3

Over the next ten years the SNM created a new constitution for Somaliland, which was agreed with a public referendum in 2001. 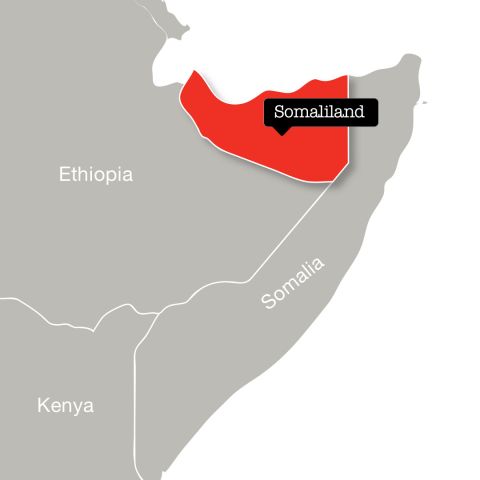 Why isn’t Somaliland a separate country?

Those in favour of Somaliland’s independence say that it has a strong claim, because the regions are culturally and ethnically distinct.

Somaliland has its own currency, its own military, issues its own passports and holds its own elections, which have been observed and praised by international partners like the EU.4

It is also more stable than Somalia, and has seen little terrorist activity since 2008.5

However there are fears, particularly among the African Union, that the formal recognition of Somaliland would encourage other secessionist movements on the African continent to also seek independence.6

And although it is a relatively stable region by world standards, it is extremely poor - the World Bank estimated its GDP per capita at just $348 (£267), which would make it the fourth-poorest country in the world were it independent. 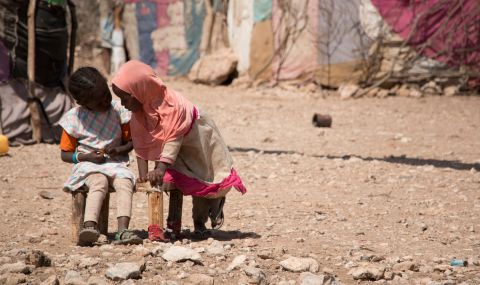 Today, Somaliland is suffering with its extreme vulnerability to issues caused by climate change.

Years of severe drought, famine and other disasters have pushed people to the brink of a humanitarian crisis.

Communities struggling to recover from a two-year drought that ended in 2017 are now facing one of the riest rainy seasons in three decades, with the UN claiming that 2.2 million people are at risk of starvation across the Somalia/Somaliland region.

And for women and girls living in Somaliland, life can be extremely difficult.

It’s estimated 98% of women have undergone female genital mutilation (FGM).7 For the tens of thousands of women and girls living in camps for internally displaced people, there is a constant risk of violence.

That’s why ActionAid is working in displacement camps in Somaliland, to help women and girls to survive and to put a stop to gender-based violence.

And across Somaliland we work with women’s groups to end FGM, support girls’ education and train women with the tools and skills they need to escape poverty and become resilient to climate change.

Amina, 90, from Hidhinta, Somaliland, says this is the worst drought she's experienced

The Horn of Africa is currently facing one of its worst droughts on record, thanks to the Covid-19 pandemic, rising energy costs and climate change-related disasters, which are becoming both more frequent and more severe.

Amina, 90, has lived through 12 different droughts in Somaliland, but she says it's currently the worst she's ever experienced.

“The drought has hit us hard,” she told us.

We have no water. Fuel is very expensive. We used to eat sorghum, rice, pasta and macaroni. But now we do not have the money to buy these foods. We are starving.”

A donation to our Emergencies Action Fund could help us be there for people like Amina, providing life-saving food, water, and other essential support.